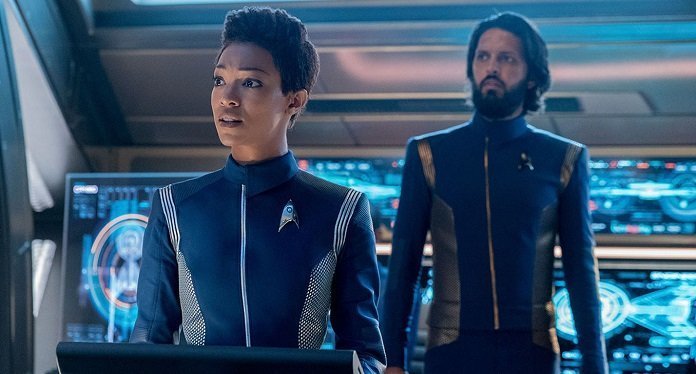 CBS All Access confirms that “Star Trek: Discovery” will return for a fourth season. The news was released through a video where series stars Sonequa Martin-Green and Doug Jones along with executive producers and co-showrunners Alex Kurtzman and Michelle Paradise announced that production will begin very soon.

The third season of ‘Discovery’ was barely released yesterday, and the news of the fourth part has us hallucinating with the possibilities. According to the cast’s announcements, the production stage of the new episodes will begin on November 2.

For its part, CBS announced in August that the first season would be available on its transmission platform in a linear fashion, after the company realized they needed to “fill in some gaps” after the programming schedule was left a bit empty. for the coronavirus quarantine.

Due to the total closure caused by the COVID-19 pandemic, most of the streaming programs have not been able to return to their normal hours, so ‘Discovery’ turned out to be a good “wild card” for the company.

Without a doubt, CBS has bet a lot on the ‘Star Trek’ franchise, starting with ‘Discovery’, then ‘Star Trek: Strange New World’ (a spin-off of the series that already has four seasons that was ordered in May) , ‘Star Trek: Picard’ (whose first season premiered this year and is already renewed for a second season), ‘Star Trek: Short Treks’ and the adult animated series ‘Star Trek: Lower Decks’.

The cast of ‘Discovery’ continues to include Anthony Rapp, Mary Wiseman and Wilson Cruz. However, so far there are no details of new faces for the fourth season, much less a release date for the new episodes. We will have to arm ourselves with patience until an official pronouncement.